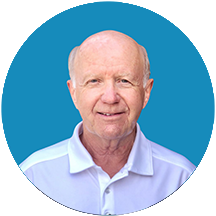 Bio
Floyd is a pioneer in the defibrillation and life-saving industry.  Originally from rural Sumter County, AL, he graduated from the University of Alabama and then began his career in 1978 with MedTronics (later Physio Control and now Stryker) selling LifePak manual defibrillation into clinics, hospitals, and fire/EMS agencies.

In 2017, Floyd merged with Birmingham-based Trio Safety CPR+AED – a powerful combination that has strengthened the impact of CPR and AED across the region.  This resulted in the re-branding of these two companies into GoRescue – now a family of five life-saving brands that has tripled in size and capability since the merger.

Floyd serves as a founding member of and on the board of directors with The Lord Wedgwood Charity, a non-profit organization equipping athletic programs, schools, and underserved areas with AEDs.  His passions include golfing, fishing, and spending time with his wife, Claire.  One interesting fact about Floyd is he received an honorary doctorate from the University of Alabama in 2018.